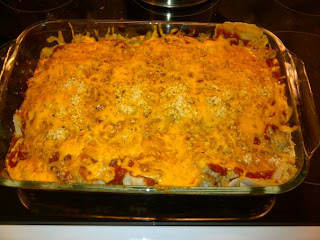 Last night I was motivated...to cook...yep, I made dinner AND dessert. I decided to make my homemade lasgena, which is good for us and usually lasts us two to three days (by which point we're done eating it anyway!) and I had seen in the Sobey's flyer this Boston Cream Cake and I was totally drooling and thought "I want to eat that!" Then I thought, "Why don't I MAKE that?" So I bought a gluten free cake mix (Betty Crocker), a jar of icing, a box of Jello Instant pudding (vanilla) and made the pudding, baked the cake, cooled it, sliced it in half and smeared on the pudding put the top half on and slathered it in chocolate icing. It's pretty darn good and I'm proud of it. 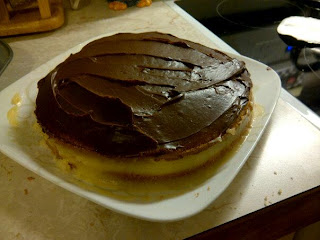